Create more wealth without spending any more money or facing any market risks.
"All the perplexities, confusion, and distress in America arise from Downright Ignorance of the nature of Coin, Credit, and Circulation."
- John Quincy Adams. 1829
In today's politically correct society a friend can be defined as anywhere between a dear kindred spirit and an associate that's tolerated for various self serving reasons.
Financial organizations tend to profit from our misconceptions.
Government and institutions create situations, control the outcomes, and profit from it. Are you falling prey to them?
Create more wealth without spending any more money or facing any market risks.
Is it better to feed a man a fish today or is it better to teach a man how to fish for himself so that he may feed himself for life?
"Everyone should be involved in two businesses: one where you make your money and a Family Business where you keep your money."
- Carlos Lara and Charles Griffin
"To have respect of persons is not good. For a piece of bread that man will transgress."
- Proverbs 28:21
The average family spends more on some form of tax than it does food, clothing, and housing combined.

Accumulation of Assets – Only Half a Plan 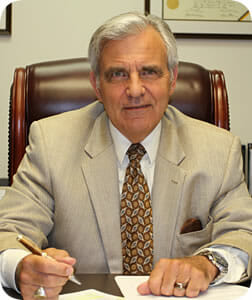 Try climbing up a mountain only to find that you can’t make it down.  Sounds silly, I know, but this happens regularly.  To begin with, most people who even attempt to scale Mount Everest fail to get to the top (72%).

Unfortunately, our retirement objectives fail us even more abysmally.  Of 100 people who start working at age 25, by age 65 only 4% or fewer have adequately stowed away enough capital for retirement!  That means that 96% failed to get to the top of their own personal retirement mountain!  How about yourself?  Are you heading for a financial disaster like most people are?

Alas, even worse than failing to amass a retirement nest egg, is that the vast majority of us who do actually accumulate some assets for retirement wind up losing a huge portion, sometimes well over half of what we’ve accumulated, because we don’t know how to get back down the mountain with our assets intact.  This eventuality comes upon us at a time when we are tired of sacrificing to make a living.  We have worked for years only to see large portions of our wealth erode or be taken away from us by the government, banks, financial gurus, brokers, insurance companies, and others.  At this point in our lives we are often times ill equipped to get back down the financial mountain.  Everyone who has made a living from us has headed for the hills.  Those who haven’t, have no idea how to advise us on how to avoid the financial pitfalls which we are about to face, pitfalls more onerous than those we encountered on our climb up the mountain.  (Some of these pitfalls Include inflation, taxation, market risk, access to and proper use of assets, control of assets, associated costs in maintaining assets, medical needs, estate preservation, gifting, charitable giving, proper stewardship, etc.).

We’re not properly set up to avoid the inherent and the planned (subtly and those not so subtle) pitfalls we will encounter in our retirement years.  These types of tragedies, while extremely common, can be avoided.  The sooner we acknowledge their existence and come to grips with them the better we and our loved ones will fare.

Avoidance starts with proper preparation.  It is never too late to start planning and trying to improve your present position.  For instance, did you know that up to 85% of your social security income can be (and most likely will be) taxed again?  That’s right!  That means that if you’re receiving $20,000 a year in social security retirement benefits you can be taxed an additional $4,250 per year, each and every year, for the remainder of your retirement years (in a 25% bracket).   So, in 24 years of your retirement, you can be paying over $100,000 in taxes that you don’t need to be paying, simply because you didn’t know how not to do so.  You are not going to be told how to get down from your financial Mount Everest by the government, the entity that wants all of your money anyways.

So, does this mean that your income is relatively common or uncommon?  Do you think that the advice given to the masses, to common income earners focuses on wealth transfers due to taxation?  Of course not!  So why are we continuing to do the same common things that most everyone else is doing?  While it’s true that we don’t know what we don’t know, we don’t need to stay in financial bondage any longer than it takes for us to become educated.

We at Family Wealth & Wisdom, Inc. are here to educate those who want to be able to do more with what they have.  Call us for your free personal interview.  We look forward to hearing from you soon.

Categories : Inside
The Inside Perspective
Accumulation of Assets – Only Half a Plan
The Fall of Communism in Virginia
Postwar Rent Controls
USPS: The Cursed Carriers
Inflation Targeting Hits the Wall
How Deflationary Forces Will Be Turned into Inflation
How Mises Rebuilt Economics
Defending the Gunslinger
Emersonian Individualism
How The Stimulus Racket Works
Explaining Central Banks’ Gold Purchases
Europeans And Their Tax Rates
Why the State Demands Control of Money
How to Fix the Housing Crisis
“Yad” (a Hebrew word) means “Open Hand”
A Primer on Jobs and the Jobless
Lower the Debt Ceiling
There Is Life After Default
Planet of the Taxpayers
Compromise! Compromise! Compromise!
The Battle to Keep the Government in Check
The U.S. Debt Limit: Questions And Answers